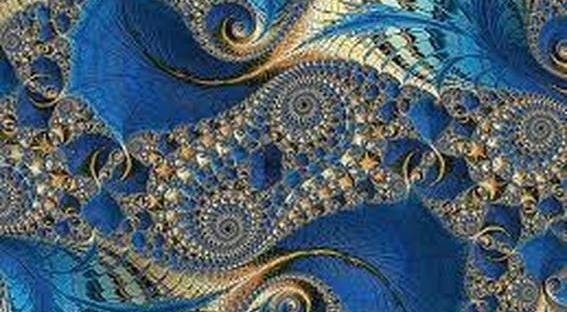 Self-organizing systems are, by definition, “complex.” As they become increasingly complex (as living organisms and human societies have done over time), they tend to encompass lower and higher (as well as overlapping and intermeshing) levels, sometimes called holons. The organization of holons, in both nature and human society, can either be “flat” or hierarchical. The neural nets of simple animals such as sponges are flat. In a sponge, all cells are similar and no cell, or group of cells, exerts “leadership” over the whole organism.

In human organizations, flat leadership structures are often seen as better and fairer, because everyone is equal. And they can indeed work well, as among a small group of friends. However, once an organization becomes fairly complex, with numerous members and differentiated roles, flat structures can be extremely cumbersome. If everyone has to participate in every decision (there being only one decision-making body, comprised of all the members), relationships can also grow contentious.

In contrast, hierarchy can be highly efficient. Higher, more complex animals have central nervous systems rather than neural nets. In these, some type of brain serves to collect information from all bodily sub-systems and to coordinate their activities for optimal wellbeing—of both part and whole.

If only things were so simple in human organizations! Here hierarchy has a tendency to be abused, as human egotism leads to those “in charge” making self-serving decisions that actually harm the common good. Such authoritarian models are top-down. As a consequence, they tend to be extremely ill-informed, being averse to input and information from lower levels. They also resist shared decision-making amongst holons. A non-egotistical hierarchy requires top-down, bottom-up, and lateral communication flows, making it extremely sensitive and nimble.

This realization has been incorporated into the training of astronauts. In an emergency, the usual military-style command structure may not work so well. Yes, the captain can give the orders, but he or she may not know best how to respond to a given crisis. For the survival of all, it may be better for someone else on the crew to give directions, or for several members to collaborate. Conversely, a large number of accidents on Korean airlines have been traced to the reticence of the co-pilot to speak up (in Confucian societies, subordinates aren’t supposed to do this)—even when the captain is obviously acting erratically or unreasonably.

Highly complex systems require collective intelligence, in which the knowledge and perspectives of all those who are affected by a decision are brought into the decision-making process (sometimes directly; sometimes indirectly, through representation on decision-making bodies). Such leadership can also be rotated flexibly. Again, this does not mean that everyone makes every decision. Hierarchy is still required. But it does mean that decision-making is more collaborative and diffused. Such a system is flexible enough to respond to continually changing circumstances and well-informed enough to do so wisely.

I can help you to better incorporate helpful hierarchy into your own organizational processes. To SCHEDULE A FREE CONSULTATION, at which we will discuss how I might best serve your needs, go to Contact and call and/or email.